This summer we are glad to be in the company of Karla McManus, an art historian who specializes in the study of photography and the environmental imaginary and researcher in residency in our… 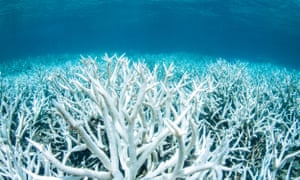 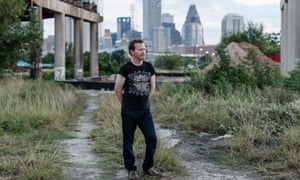 The long read: Timothy Morton wants humanity to give up some of its core beliefs, from the fantasy that we can control the planet to the notion that we are ‘above’ other beings. His ideas might sound weird, but they’re catching on

Source: ‘A reckoning for our species’: the philosopher prophet of the Anthropocene | World news | The Guardian

In 1924, she became the first woman at Stanford with a column on the student newspaper. At 19, she had a movie option, a contract for a vaudeville act, and a recording contract with Columbia. At 23, she was America’s youngest feature writer and youngest syndicated columnist, billed as the “modern girl philosopher,” and “the female Francis Bacon” in over 400 newspapers. She interviewed Hollywood stars for film magazines and flew cross country with Charles Lindbergh for a business journal. She even wrote for the venerable publisher of writers such as James Joyce and Edna St. Vincent Millay, The Smart Set. Soon, her sweet smile and blonde bob were enlisted to promote Gruen watches and Corona typewriters. In 1931, she received a contract to write a book, Hot, But Not Bothered, and the next year a $25,000 contract for a radio program. Her name, Velva Darling, was so compelling she had people in Hollywood offering to buy it from her.

Extinction: A Radical History argues that the vanishing of species cannot be understood in isolation from a critique of our economic system. To achieve progress, we must transgress the boundaries between science, environmentalism and radical politics.

As major oil companies face continual public backlash, many have found it helpful to engage in “art washing”—donating large sums to cultural institutions to shore up their good name. But what effect does this influx of oil money have on these institutions? Artwash explores the relationship between funding and the production of the arts, with particular focus on the role of big oil companies such as Chevron, ExxonMobil, BP, and Shell.             Reflecting on the role and function of art galleries, Artwash considers how the association with oil money might impede these institutions in their cultural endeavors. Outside the gallery space, Mel Evans examines how corporate sponsorship of the arts can obscure the strategies of corporate executives to maintain brand identity and promote their public image through cultural philanthropy. Ultimately, Evans sounds a note of hope, presenting ways artists themselves have challenged the ethics of contemporary art galleries and examining how cultural institutions might change.

Nature no longer exists apart from humanity. The world we will inhabit is the one we have made. Geologists call this epoch the Anthropocene, Age of Humans. The facts of the Anthropocene are scientific — emissions, pollens, extinctions — but its shape and meaning are questions for politics. Jedediah Purdy develops a politics for this post-natural world.